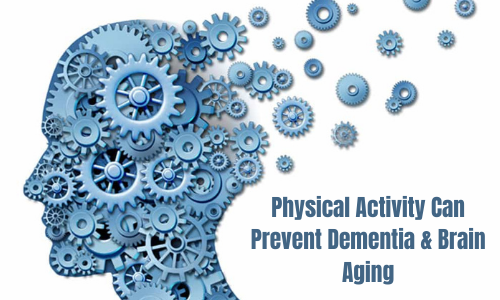 A longitudinal study investigated the relationship between physical activity (PA) and cognitive function. The study followed 16,700 persons between the ages of 54 and 75 for over 13 years. This study was unique by measuring cognitive changes over time while considering several social-economic and lifestyle influencing factors. The researchers found that regular bouts of exercise seemed to have direct protective effects on cognitive decline and dementia, especially for women. Women who engaged in weekly moderate PA improved their brain function by 14% on average, while men improved by 5%. This research suggests that in order to prevent dementia at an early stage, start early by doing exercises. Take home message: regular bouts of moderate PA can prevent dementia and cognitive decline, especially for women.